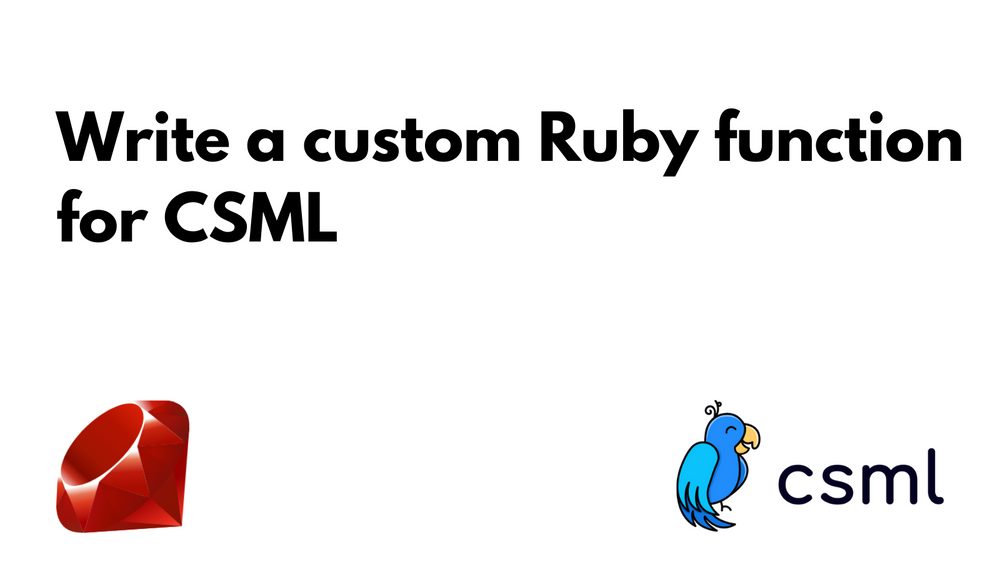 A few days ago we went through the process of writing a custom function in Javascript for CSML.

Today we're going to code a Ruby function for CSML. This function will allow you to use your favorite Gem dependencies and Ruby programs in your CSML chatbot!

We would like to create a chatbot that can fetch the value of your favorite crypto-currencies and convert it into another one.

For instance, we would want to know how much a Bitcoin is worth in Dollars or Ethereum in Litecoins.

To get all the values, we'll use this API.

IMPORTANT: First, make sure that your version of Ruby is either 2.5 or 2.7, which are the supported versions. If needed, you can have a look at rbenv, an env manager for Ruby (it is a good practice to use it regardless of the use case.)

As mentioned in a previous article, custom CSML functions are very similar to Lambda functions:

You can find CSML custom function boilerplates on Github.

This is for example what a function that returns Hello, {{name}} looks like:

B. Fetching data from the API

Now that we know how to make a ruby function, let's fetch the datas from the API.

First, we need to set up httparty as a dependency in the current directory. To do so, follow these steps

2- Set the Bundle directory and Install the dependency

And now we just need to fetch the datas from the API using Ruby with httparty:

Let's now package the function to upload it in CSML Studio

Now that we have the packaged function, let's set it up in CSML Studio.

First, we upload the packaged function myArchive.zip, and fill the form:

Now let's use this function in a flow.

That's it, we've done it! Now we can use a function anywhere in our chatbot!

You can find the entire source code of the function over here: https://github.com/bastienbot/ruby-crypto-price-function